Acoustic roots and complex rhythms in the intentional folk Gabriel Kazz proposes in his new album to be released at the end of 2022.

Gabriel Pérez Kassner (aka Gabriel Kazz) was born in Barcelona in 1992. Both his Catalan father and Canadian mother being guitarists and music teachers, were the ones who put a guitar in his hands as a child and awakened his love and passion for music.

He studied music from a very early age, starting writing songs at the age of 13 and joining different bands until he discovered his own sound and decided to pursue an artistic career. After studying at the Taller de Músics and the Aula Moderna del Liceu in Barcelona, ​​his drive to make his music known to a wider audience led him to move to London in 2015 at the age of 23, where he studied a Degree in Musical Interpretation and Production. at LCCM (London College of Creative Media).

In London he became known playing on the Southbank of the River Thames. Gabriel has performed in several emblematic places in the English capital: The Camden Assembly, The Fiddler’s Elbow, Apples & Pears and Zigfrid Von Underbelly.

Gabriel Kazz‘s music is rooted in acoustic guitar, but goes far beyond strumming chords. Using complex guitar vocals and rhythms, which dance in amazing ways with her voice, each note is played with intent. With his songs he reaches our hearts and makes us deepen our vision of the human being, the ability to overcome our fears and love. His style is influenced by folk, blues and rock artists like Ben Harper and Eddie Vedder, the traditional English folk guitar of Bert Jansch and John Renbourn or the classical guitar and good vibes of Jack Johnson.

His acclaimed first EP “Helium” was released in 2017. Kazz subsequently released the singles “Life Goes On” in 2018 and “Keep It Together” in 2019.

Returning home during the 2020 coronavirus pandemic, Gabriel spent most of 2021 in the studio recording what will be his first full-length album, to be released on November 11th, 2022. 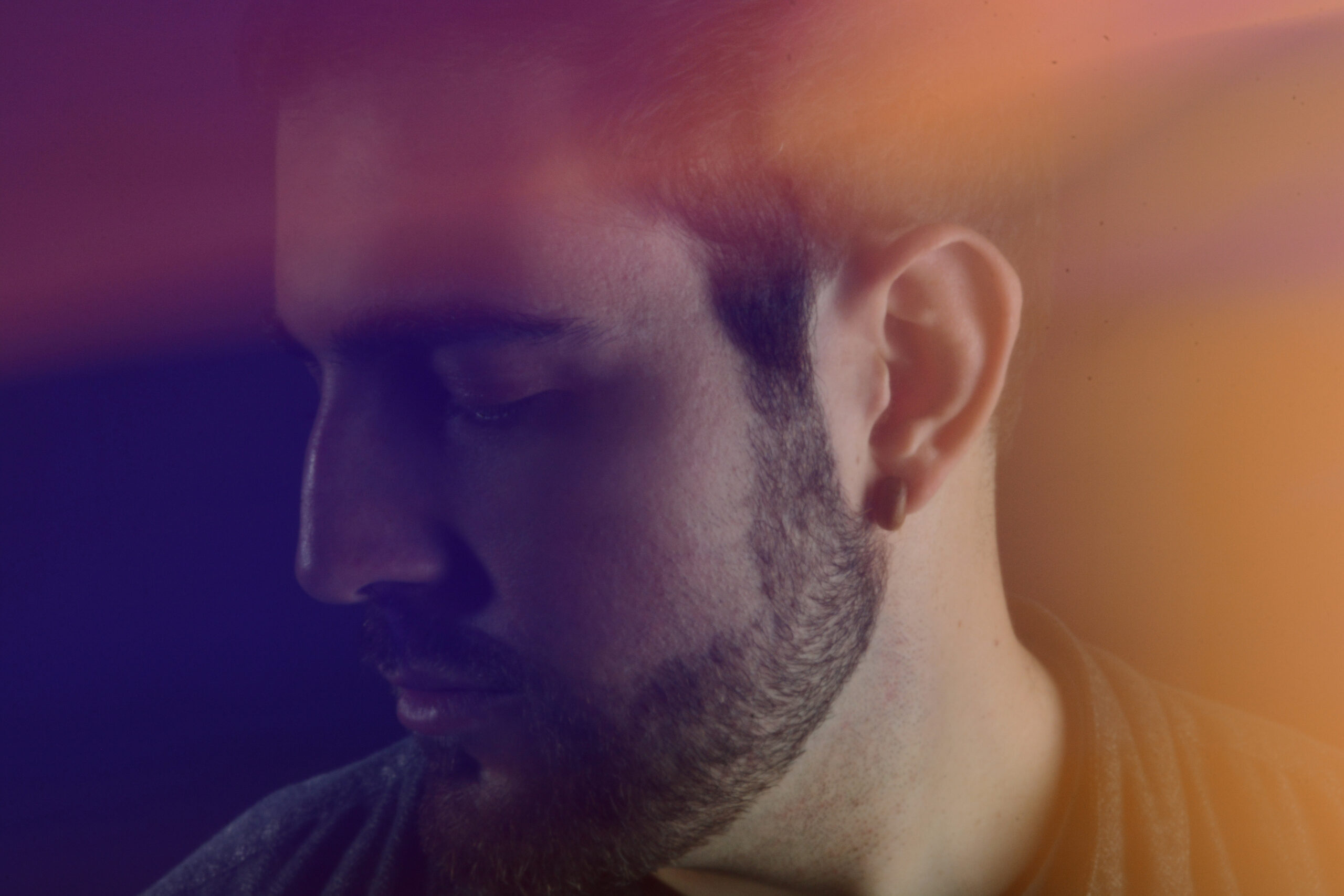 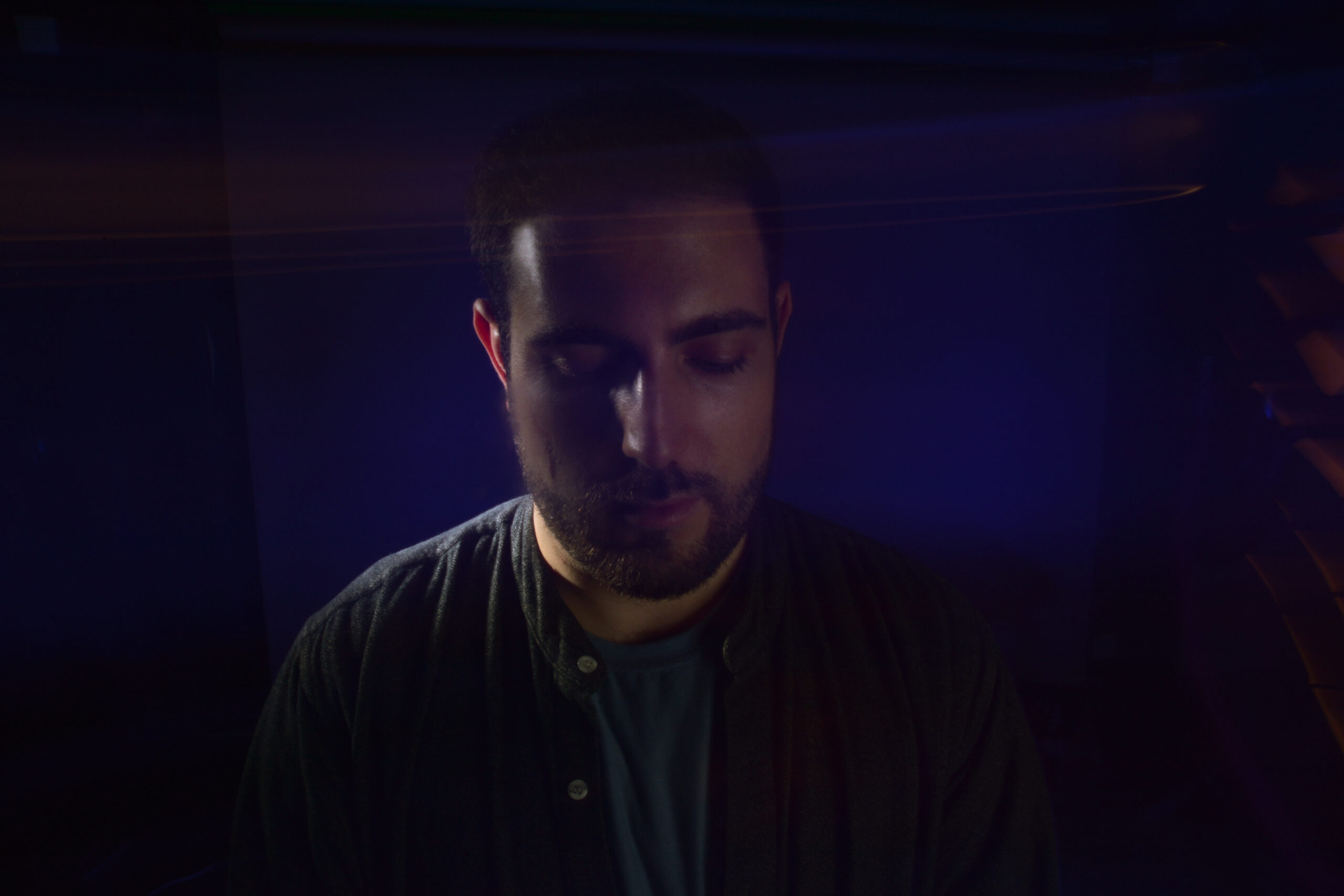 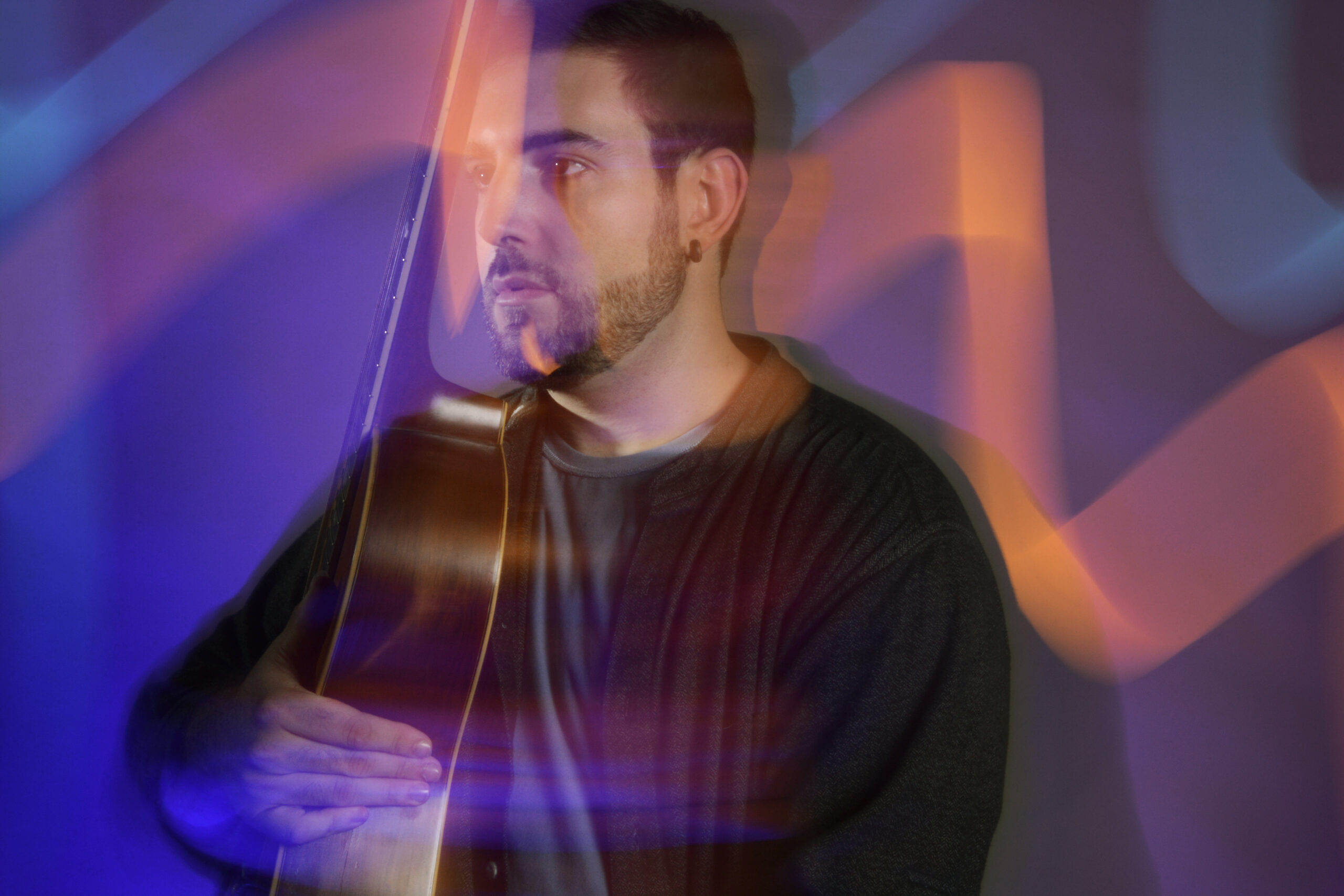 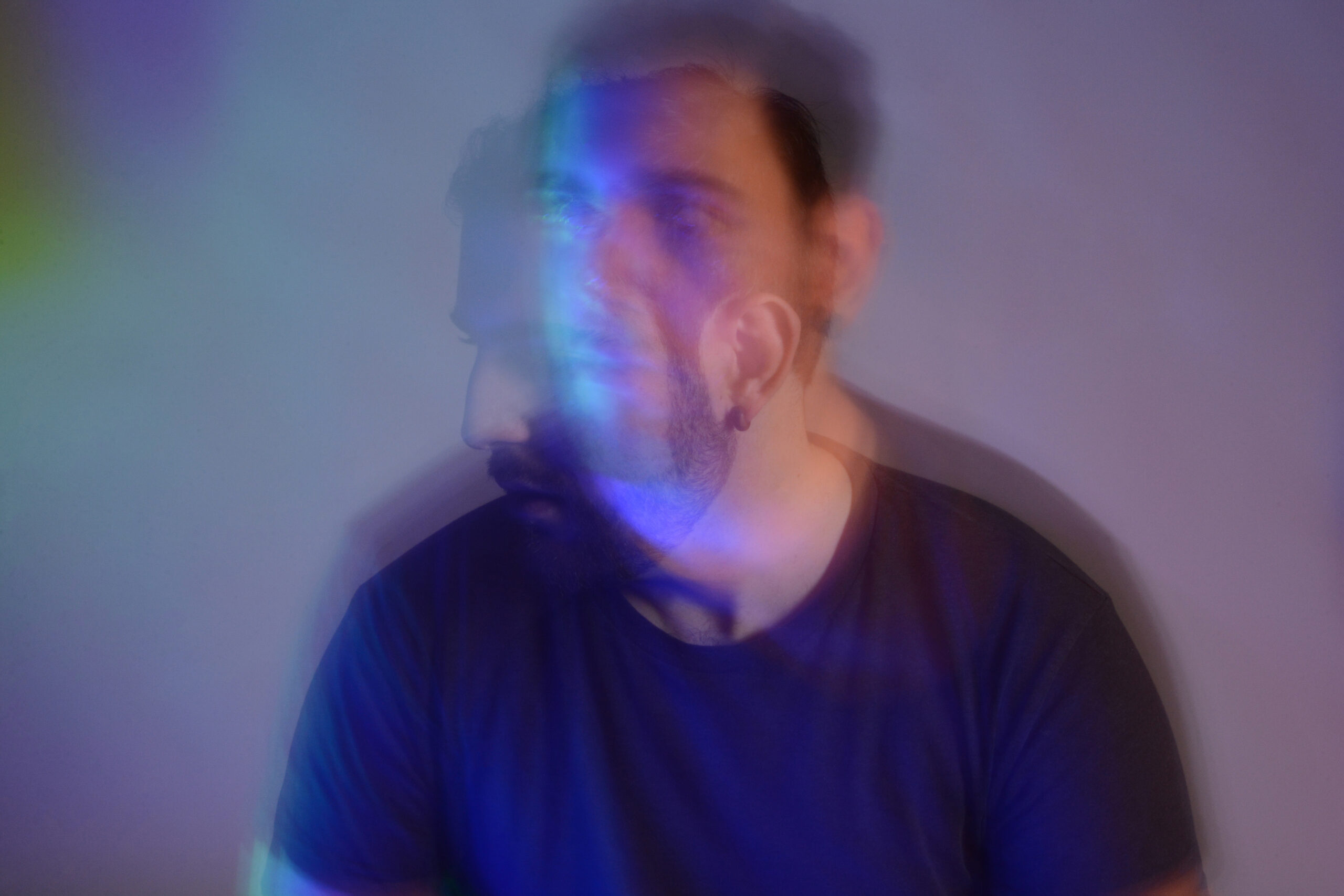 Gabriel Kazz’s debut album, “Lonely Fire”, springs from a 5 year sojourn in London as an expat music student, from the age of 25 to 30. A time of great inspiration, and also isolation: hence “Lonely Fire”. The first line of the title track sums it all up: “You’re a Lonely Fire / Burning without a face to brighten”. We’ve all been, are, or will be “Lonely Fires” at some point in our lives. At its core, Gabriel Kazz’s new album is about our own inner power, our capacity to create, love and realise our purpose in life. Our fire may be buried under a thick layer of dust and debris, under heaps of past regrets and future worries. But that fire is always there, and our life should be spent creating the conditions for it to shine, for it is our gift to the world.

Kazz gracefully blends folk, alt-rock, downtempo and chamber pop, during the near 40 minutes of runtime. Where this album truly shines is in the dynamics: the opening title track is a head-bopping folktronica tune, fresh-sounding yet with hints of 80’s nostalgia. Next comes the beautiful melodies and ringing open tuned guitars in “Grow” (a heartfelt homage to his grandfather). From the captivating fingerstyle guitar, haunting synths and epic string arrangement on “Indecision”, we arrive at the intimate, guitar driven folk grooves in “Get To You” and “Candle”. At half time we get “Change The World”, an upbeat surf-rock tune that feels like a clear in the middle of the forest (or a sunny day in London); a welcome break in the emotional barrage that is the rest of the album. “Where Is The Wind” is the “rootsiest” song in the album, with a classic country folk sound, yet with a reggae twist. When we seem to have landed home, Kazz shifts genres again and hits us with the dark and heavy stoner/grunge anthem “I’m Gonna Be Fine”, featuring many time signature changes, distorted guitars and intense vocals. After the storm comes the calm with the closing track, Peace Talks. A mellow mish-mash of open tuned guitars over a trip-hop beat, creating a calm trance-like atmosphere which slowly fades away, bringing the album to a satisfying close. 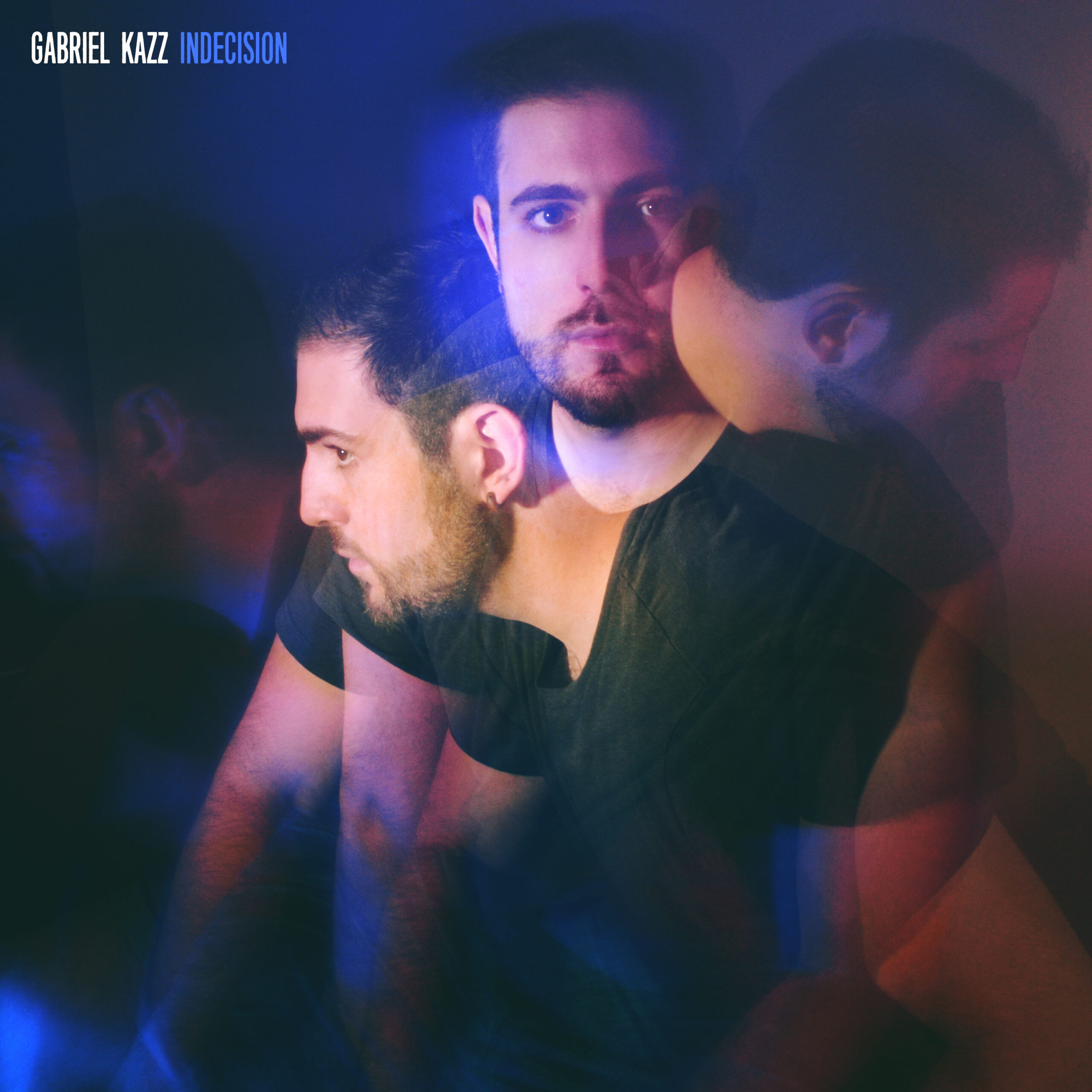 Kazz's most daring job to date. A track in 5/8 time, creating rhythmic tension and a feeling of indecision, with an orchestral base that grows until it reaches an epic peak.